Reported via desktop in the Car parking category by Gill White at 10:49, Wednesday 23 November 2022 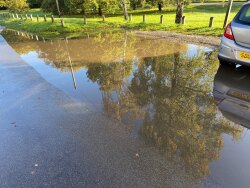 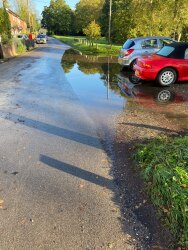 We have 2 parking areas in Hunts Common. A few years ago Hart District Council erected signs on posts which read, ‘Hart District Council Hunts Common Residents Parking only’. These have now been broken and we are experiencing people going into the village both day and night parking there and we, as residents are finding increasingly difficult to park there. This has been an increasing problem over the last year To add to the problem one of the areas is totally flooded for long periods and it is impossible to park. Parking is from Haywarden to Crown House