Reported via mobile in the Flytipping category by Councillor Paul Kinge at 19:25, Wednesday 28 September 2022 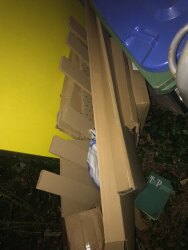 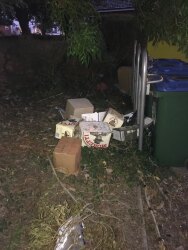 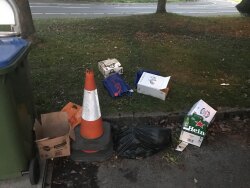 I reported flytipping in general and the soilly small bottle banks overflowing 10 fold into the car park two days ago, it has to be applauded for the quick response or coincidence in clearing it is just a shame the council contractors still leave such a mess behind, there are boxes and rubbish all over the car park and stacked neatly! Please give the car park a good clean up and the grass areas in general- best send someone with a conscience and not stevie wonder!