Reported via mobile in the Flytipping category by Councillor Paul Kinge at 11:40, Tuesday 27 September 2022 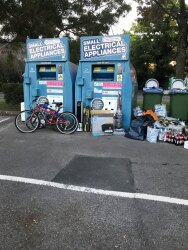 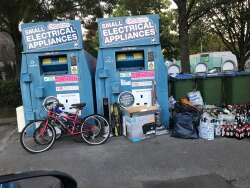 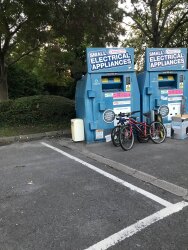 Yet again more of people unwanted belongings dumped in front of the small electrical items recycling bins. This time it’s Bikes, stereos, Aircon units, microwave and Hoovers! This has been on going for years and the Parish have written to Hart trying to get them to show initiative and do something but hey Ho