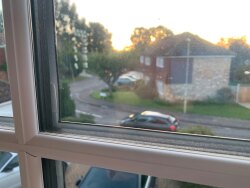 Due to the closure on Griffin Way South, there has been a constant stream of traffic including HGVs and many vans. The road is too narrow in most places for two vehicles to pass and people are driving at excessive speed. Given the planned 6 months closure of Griffin Way South, please could consideration be made to making Four Acre Coppice/Holt Way access only?