Reported via mobile in the Flytipping category by Paul Kinge at 22:12, Thursday 16 June 2022 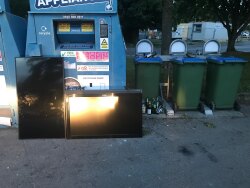 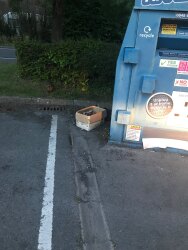 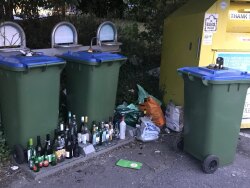 This has been ongoing for a few years, it was cleared of a large pile only yesterday and here we go again. The cardboard box to the side has been there a month so why wasn’t that cleared up? Why was the bottle areas cleared a little and left in a state with bins pulled out and the bins left full? It just means more bottles are going to be stacked again in front this weekend.