Reported via desktop in the Abandoned vehicles category anonymously at 06:56, Fri 15 October 2021 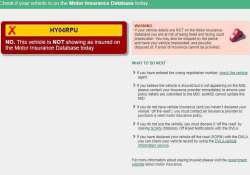 Uninsured Vauxhall Astra abandoned on highway. The car has been here for a number of weeks and has previously been reported but no action has been taken. Vehicle is in poor condition with OSF flat tyre.