Reported via mobile in the Abandoned vehicles category by Jon-Lee Paul Butler at 20:20, Sun 10 October 2021 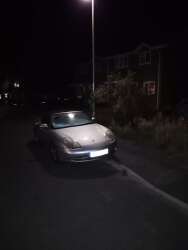 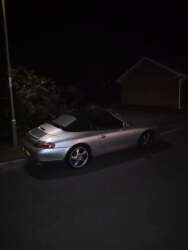 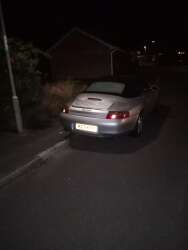 Having checked the registration it is taxed and MOT till next year. However, I never see it move from this spot. That is, obstructing the path and being an obstruction on the narrow winding road. Whether it being a Porsche 911 and don't want it left in the unlit private car park. Anyone know who it belongs to? Before it was left by the side of the entrance into the car park, leaving it a tight turn for any other resident. Then moved under the street light, not to be moved since. Does it belong to someone, or abandoned?!