Reported via mobile in the Abandoned vehicles category anonymously at 08:37, Monday 6 September 2021 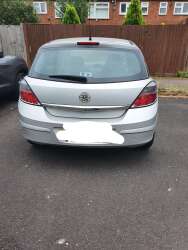 This car hasn't been moved for nearly 2 weeks. Its not parked straight and is causing residents to park else where. Its in the car park in New Barn Close that residents of Meadow Walk park in. Residents are having to park in nearby spaces meaning those residents then can't park. It is taxed and motd so you probably won't do anything.