Reported via desktop in the Abandoned vehicles category anonymously at 08:35, Thu 5 August 2021 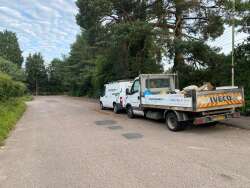 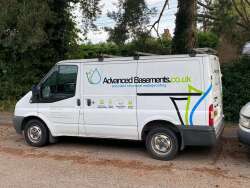 The transit van has not moved for at least 5 months since we have been on the Industrial Estate. It had a flat tyre the whole time until someone saw us taking photos yesterday and it has since been inflated. The truck stays there permanently, they fill it with rubbish then take it away to empty and put it back there again. They are not based in Fleet and do not have offices in Fleet either (see screenshot).