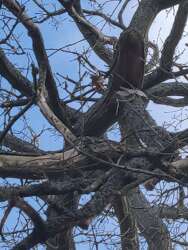 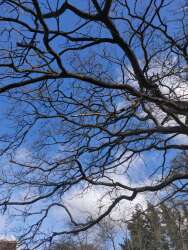 I reported this to the council months ago and still nothing. There are dead branches over hanging the footpath and the Scout lodge at Monteagle Lane. Picture taken in February as this was when it was first reported.