Flytipping on the road in Fox lane blocking half the carriagewayaste such as metposts, pick axe.

Reported via desktop in the Flytipping category anonymously at 08:45, Friday 7 May 2021 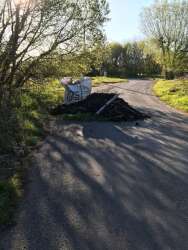 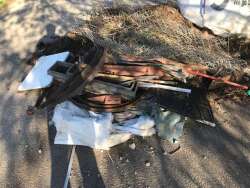 General garden waste with assorted metal waste such as metposts, and a pick axe.