Reported via desktop in the Flytipping category by Peter Beyer at 19:26, Wednesday 7 April 2021 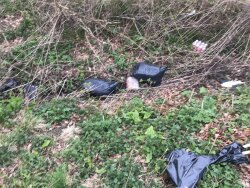 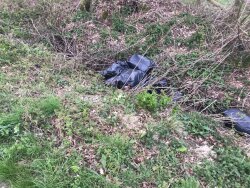 Number of full bin liners and several trays of drinks have been dumped in the ditch behind the lay-by opposite Peaked Croft Farm in Chalky Lane.