A Dead Fox on Gravel Road opposite 2B 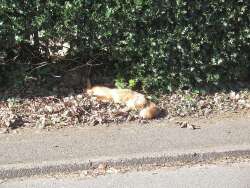 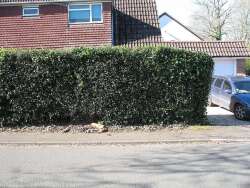 A dead fox has appeared in Gravel Road, Church Crookham. It is a large adult fox and appears in good health apart from being Dead! There are no obvious signs of injury, but maybe hit by a car in the night as it was not there yesterday. Please can you arrange to collect it before it becomes a health hazard. The fox is laying against the hedge outside number 1 Gravel Road, opposite 2B Gravel Road.